Psoriasis is a chronic skin condition that affects 1.5 to 2% of the population. It is a hereditary condition that appears as chronic recurring scaling patches at various areas of the body. There are many forms of psoriasis, the most common one being psoriasis vulgaris affecting the elbows, knees, scalps, lower back and genital area. Other subsets of psoriasis include guttate, inverse, pustular and erythrodermic psoriasis. Streptococcal pharyngitis can stimulate a guttate type of psoriasis. There is now an effective solution against Psoriasis.

Psoriasis has a bimodal age distribution, which means that it can occur in the 20s or in the 50s. It can be associated with arthritis of the joints. Other serious conditions associated with psoriasis include heart disease and obesity. There can be many triggering factors, including infections, stress and medications. Alcohol and smoking can exacerbate the condition, whereas sunlight and UV light will tend to make psoriasis go into remission.

There are many treatment options including topical creams such as steroids or calcipotriene (Dovonex), oral medication including methotrexate or Acitretin (Soriatane), phototherapy, and biologics such as Enbrel, Humira or Remicade. Every psoriasis patient is unique, so please see Dr. Behnam to get a customized treatment plan to bring your psoriasis under control.

Dr. Ben Behnam is a member of the National Psoriasis Foundation. Please see his resume to his publications in psoriasis.

Yes. Stress can cause psoriasis flares, as high as 40% in adults and even higher in children. The stress could be physical (ie surgery) or emotional stress. For example, stressful events include a patient undergoing a kidney transplant, someone who is mourning a death of a close family member or a person trying to plan a wedding.

There are a lot of ways to reduce the stress. Dr. Behnam always recommends meditation, yoga classes, exercising or just taking frequent weekend getaways to get away from the stress of life. People who have psoriasis are very well aware that stress worsens their psoriasis. Unfortunately, it is not always possible to keep stress levels low, so it is very important that patients in stressful cases must be more adamant about applying their creams more religiously.

Colder climates will exacerbate psoriasis while warmer climates will make psoriasis better. The reason is that ultraviolet light therapy reduces the rate that cells grow and the inflammation in the cells, thus calming down psoriasis. It is the benefit of UV therapy that many psoriasis patients actually live in warmer climates like Los Angeles. Since it always sunny, they continuously get the light exposure, which helps their psoriasis. Patients in colder environments tend to have more psoriasis because of the lack of sun. In addition, cold weather dry and has less humidity, thus drying out the skin and exacerbating psoriasis. 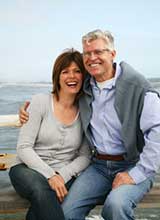 Light therapy has been the standard of care for psoriasis patients for years. There are 2 forms of light therapy. PUVA is a form of a treatment where the patient takes Psoralen, a photosensitizing medication, and then sits under UVA light. Patients have to do this for about 25 times to get clearance. UVB light is the other form of light therapy and this requires about 30 treatments sessions. Unfortunately, light therapy will increase the risk of cancer, so chronic monitoring for skin cancer is very important.

Does moisturizing matter in psoriasis?

The cause of psoriasis is that the cells turn over too fast, as a result, it leads to buildup of skin and flakiness. People typically moisturize just once a day, and this is typically not enough. Patients should moisturize at least 5 times a day to alleviate the dryness and flakiness. Creams and ointments are better than lotions because they have less water content. Aquaphor, which is petroleum jelly, is the best but most patients are reluctant to use it because it is greasy.

Dr. Behnam recommends moisturizing immediately after taking a shower and repeat this multiple times daily. There are also moisturizer that have exfoliating properties, such as Amlactin, that will exfoliate the skin and remove the flakiness. In addition, patients should avoid drying their skin out too much because this can lead to exacerbation of psoriasis. Long and hot showers will dry out the skin, so take short and lukewarm showers. And never take two showers in the same day and bathing should also be avoided.

What can be done for scalp psoriasis?

2. Alternate between several different shampoos: Using T-gel one day and T-sal the next day will help clear psoriasis faster. The reason is that the ingredients in T-gel and T-sal are different, thus the scalp will not get used to them.

3. Potent topical steroids: The use of steroid solutions, such as clobetasol (prescription medication) in combination with non-steroidal vit D solution will help decrease the scaling and itchiness on the scalp. Dermasmooth FS is a mild topical steroids that is typically applied to the scalp and then a cap is worn over it overnight. It works really well, as long as patients are willing to have a cap on overnight.

Do alcohol and smoking exacerbate psoriasis?

Alcoholic psoriasis patients have greater mortalities because of alcohol related morbidities. The stress from the psoriasis may lead to relief drinking and drinking may lead to further exacerbation of psoriasis, causing a vicious cycle. Dr. Behnam highly recommends not to drink alcohol or smoke, as these can exacerbate your psoriasis.

What are some of the common medications that can trigger or exacerbate psoriasis?

Yes. there is a phenomenon called Keobner phenomenon, where trauma or skin injury can lead to psoriasis. Examples include Acupuncture, bites, tattoos, traumas, burns, cuts and irritation to the skin.

Can infections trigger or worsen psoriasis?

Yes. Infections, such as strep. throat infections, thrush (candia infection), viral respiratory infections or HIV, can trigger or worsen psoriasis. Treating these infections may help clear psoriasis so it is very important to see your dermatologist for an evaluation.

Are there any non-steroidal alternatives for psoriasis?

Yes. One of the side effects of steroid creams is that chronic use of topical steroids can cause atrophy or thinning of the skin. Steroids may also induce stretch marks. One must remember to use minimal amount of steroid. Fortunately, there are also non-steroidal creams that can help psoriasis

Examples of non-steroidal creams include Dovonex, which is a vit D cream, Tazorac, which is a form of retinol, and Protopic. See Dr. Behnam for evaluation and recommendation for treating your psoriasis.

Can there be joint pain associated with psoriasis?

Is there a correlation between psoriasis and obesity?

There are a lot of studies that show psoriasis patients generally weigh more than the average population. The theory is that whatever causes psoriasis also causes increase in weight and eventually heart disease. Thus, it is very important for psoriasis patients to eat healthy, exercise and watch their diet.